Cobi presents a completely new game with Cobi sets from the WW2 Historical Collection series! The game is a simple simulation of a tank combat in World War II. Each side is played by one team AXIS against Allied/USSR. See for yourself which side will turn out to be stronger! 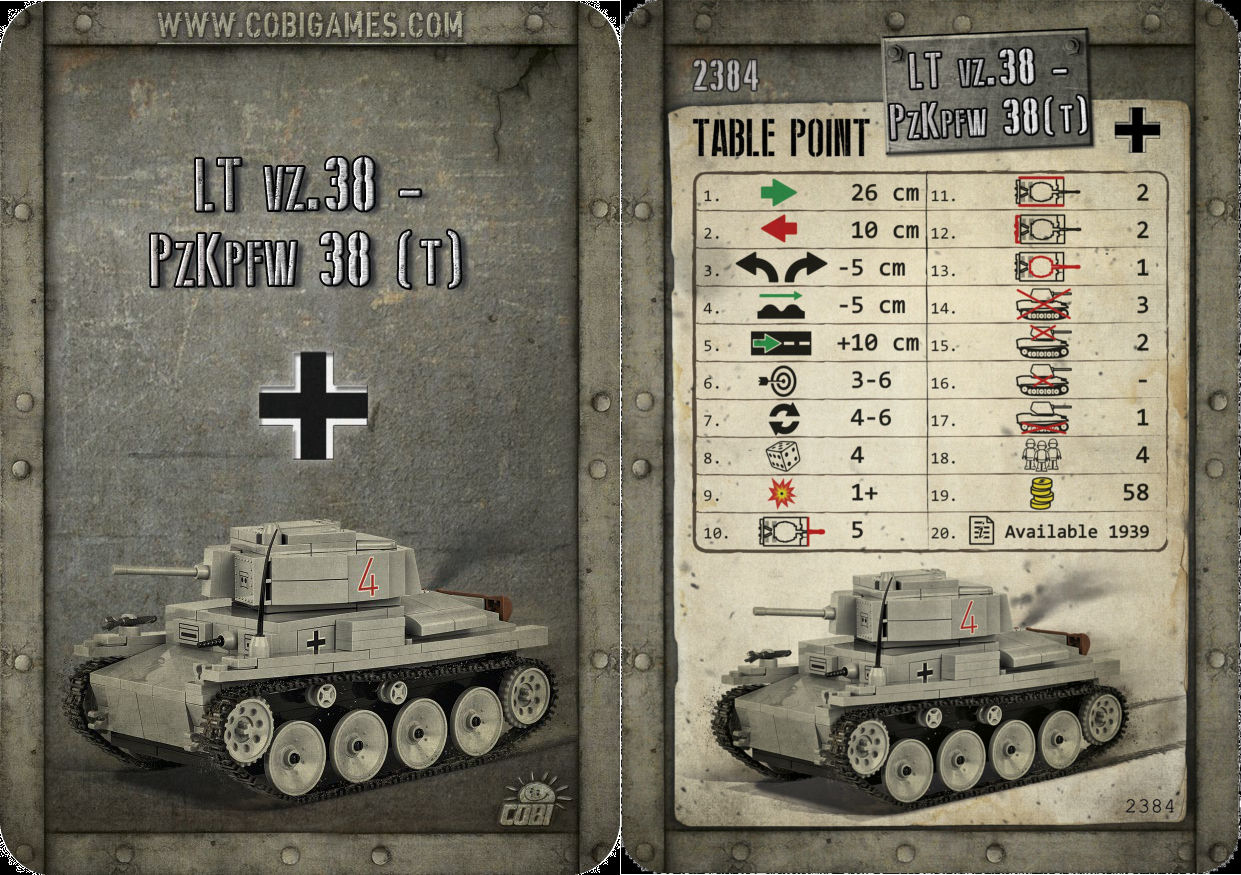 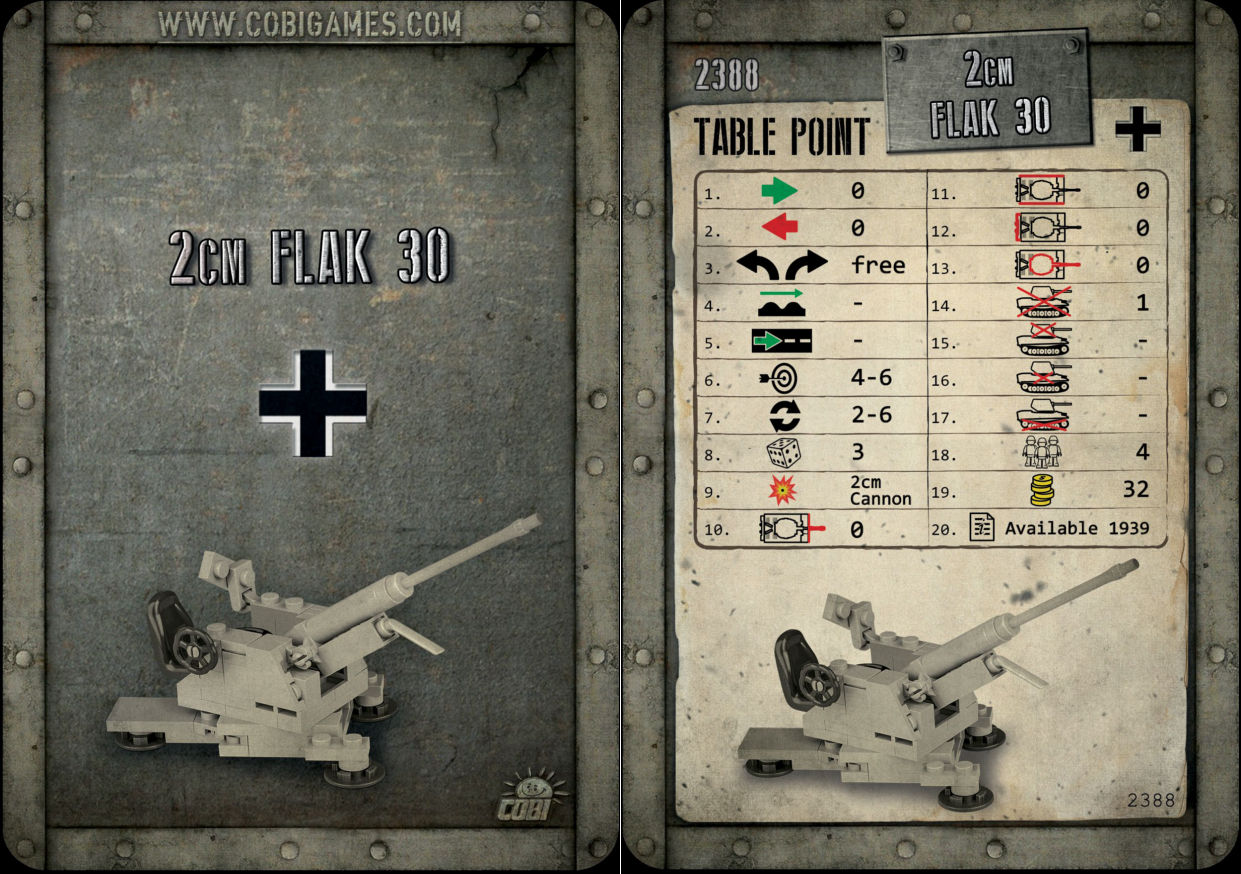 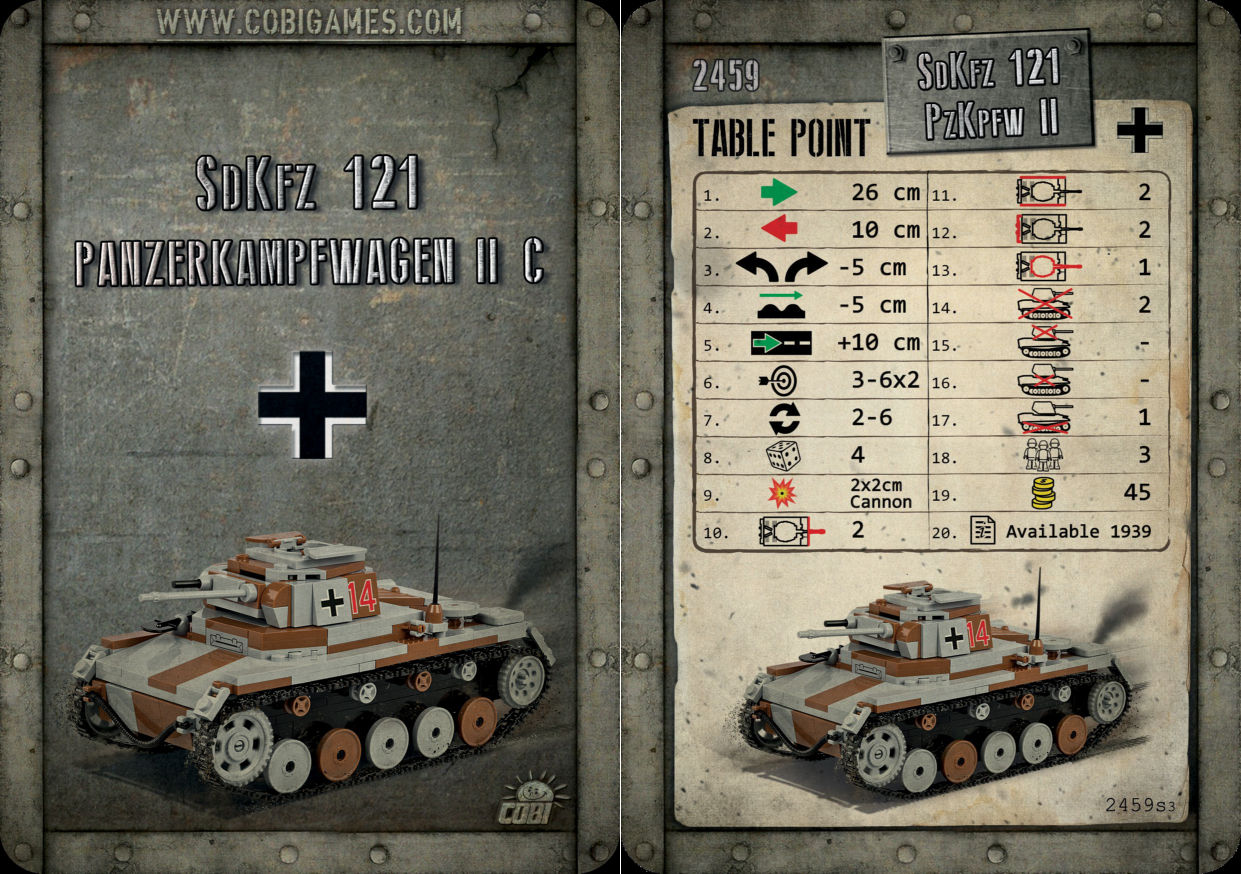 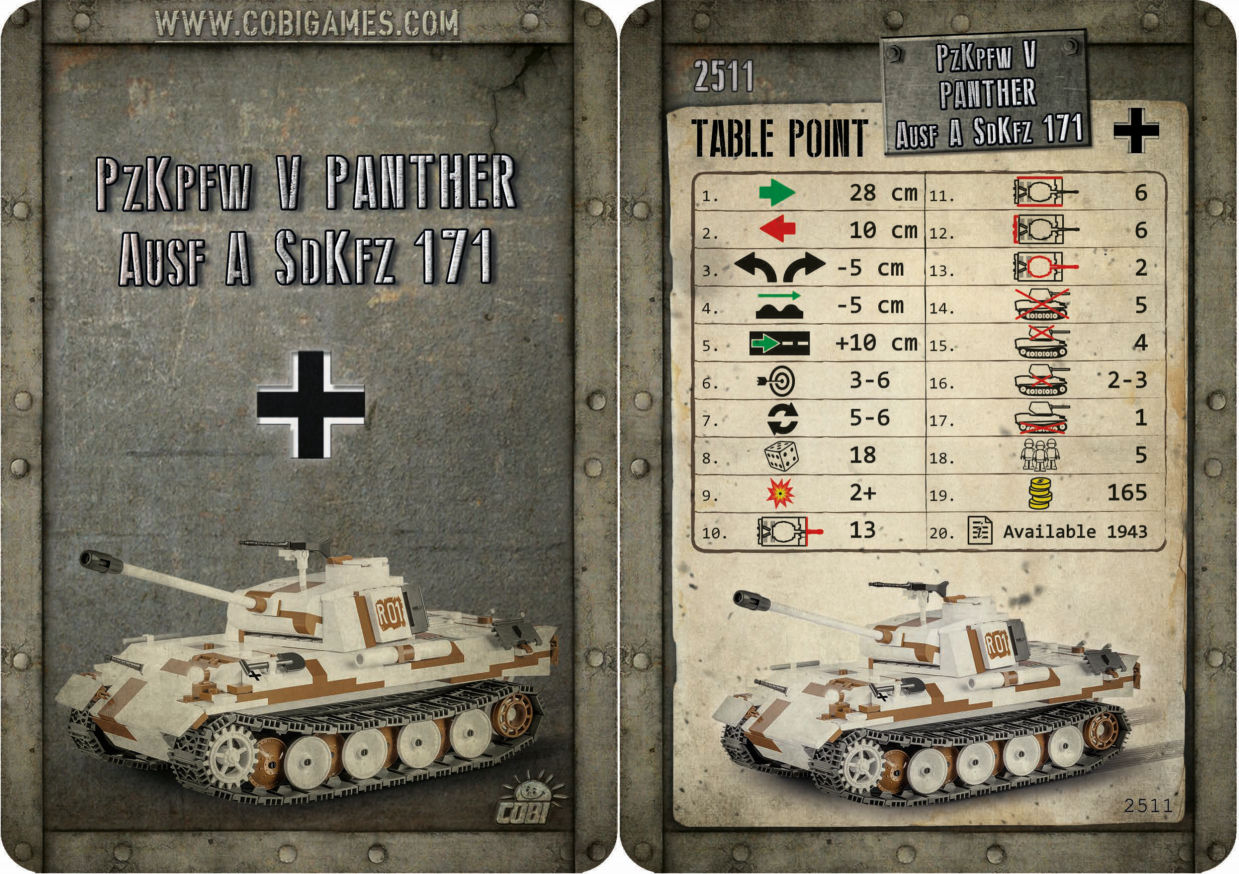 What do we need?

To play the game you will need Cobi vehicles from the WWII Historical Collection series (including models of tanks, half-tracks, howitzers, guns, armed cars, motorcycles), soldiers' figures, light weapons (rifles, grenades, machine guns, cannons) .
Any number of vehicles and figures are allowed.
Vehicles intended for the game have a card with a scoring table that can be found in the packaging.

We play the game on a large area. This can be, for example, a table top or floor. Use Cobi blocks to build the environment: trees, bushes, obstacles (sandbags, ruins, walls, wrecks of vehicles, fences, rocks) and buildings, which will provide even more interesting tactical challenges.
Let the area become part of the game!

Metric measure, adhesive tape, dice.
We hope it will be fun to play, but also will teach you something about history and tactics elements.

If both sides agree that a rule is silly or inaccurate, we recommend that you change it to something you can agree on. Experimenting with—and adjusting—the rules, and values is great, as long as both teams agree. Look things up yourselves, on the internet or in your local library. But remember the most important thing: have fun!